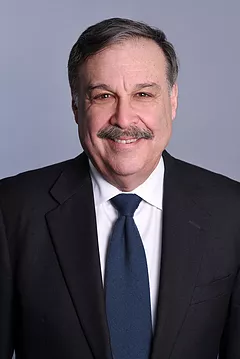 Jeffrey A. Shor is a Senior Trial Partner at MCB where he currently devotes most of his energies to representing physicians, medical organizations and major teaching hospitals in the New York metropolitan area.

Senior Trial Partner Jeffrey A. Shor joined the Firm in 1976 and currently devotes most of his energies to representing physicians, medical organizations and major teaching hospitals in the New York metropolitan area.

Throughout Mr. Shor’s career, he has successfully tried a wide range of cases to conclusion throughout the New York metropolitan area.  New York Magazine featured one of the cases where Mr. Shor successfully defended an obstetrician in a malpractice case.  The article sought to inform the public as to the perspective of a young physician who is a defendant in a complex medical malpractice action.  Some of Mr. Shor’s other cases have been featured in articles intended for physicians and in books describing the defense of interesting medical malpractice litigation.

Mr. Shor has assumed major responsibilities in regard to the management of the Firm and has served on the Firm’s Executive Committee and has participated in the management of one of the firm’s largest health care clients.  Mr. Shor has been actively involved in the defense of silicone breast implant cases and has successfully tried many of these cases to conclusion.

Mr. Shor has been a frequently requested lecturer before various physician groups, professional liability insurance companies and major teaching hospitals in the New York metropolitan area and has lectured before physician groups, regarding medical legal issues, as part of their continuing medical education requirements.

Mr. Shor is a member of the prestigious peer elected Litigation Counsel of America which is a national trial lawyer honorary society. He received an AV Preeminent Rating from Martindale-Hubbell. 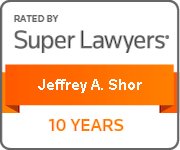